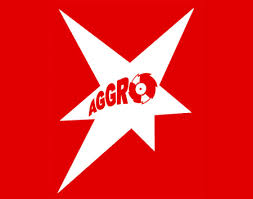 Courier:   Police have issued a stark warning after the Angus derby spiralled into violence with fans hurling pyrotechnics.

The match between Arbroath and Montrose at Gayfield Park at the weekend ended with “significant clashes” between the two sets of supporters in the centre of Arbroath.

Chief Superintendent Eddie Smith of Police Scotland said anyone bringing violence into football would be arrested and banned from all future matches.

He added: “Pyrotechnics of any kind at football matches are extremely dangerous and can cause significant life-changing injuries for those carrying them.

“These items have serious public safety implications and anyone found in possession of them should be in no doubt, where an offence is committed, they will be arrested and they will have a criminal record.

“It is extremely concerning to find that at the recent match at Gayfield Park there were five instances within the ground where pyrotechnics were used.

“The majority of fans are there to enjoy the match and want to do so in a safe and secure environment.

“Those that bring these items to football matches put the safety of themselves and others at risk.”

Police and stewards found two people with pyrotechnics before the match.

They were arrested and will be banned from attending all future games.

After the game, which ended 3-1 to Arbroath, officers had to be deployed to deal with clashes in the centre of Arbroath and three youths were arrested.

Mr Smith said: “Be in no doubt that my officers will identify others who were involved in this conduct.

“I would urge anyone with information in relation to this matter, to come forward and let my officers know.

“My officers will be working closely with both clubs and other partners to prevent the type of incidents we encountered on Saturday.

“I want to remind those who were intent on causing disruption that their actions will not be tolerated and that there is no place for this type of behaviour at any football game.”

Both sets of chairmen united to condemn the behaviour.

Montrose chairman Derek Sim said: “Montrose Football Club is totally against the use of pyrotechnics at football matches and any identified supporter bringing these to a game will be banned as they are both dangerous with subsequent health and safety issues.

“We are very disappointed a number of supporters decided to not only bring these to the game but also became involved in confronting opposition supporters in the streets following the match.

“This behaviour is totally unacceptable and cannot be tolerated.

“We will be ensuring that through our web page, social media and Links Park Community Trust we will be communicating our concerns to all those involved in the club, including parents and young supporters.

“We all need to take responsibility to deal with this matter.”

He said: “I have now met with Derek Sim and the police. Arbroath football club will be taking decisive action against those that were involved in the use of pyrotechnics at the match and the disorder that followed."