Positives from the Queens game 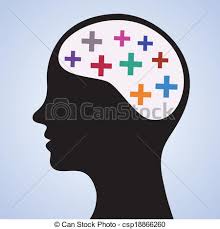 Arbroath’s inability to turn chances into goals continues to blight their season as another bright performance went unrewarded at Hampden.

Todd Lumsden’s side deserved at least a point but they struggled to find a way past Willie Muir in the home goal and when they did former Arbroath defender Ryan McGeever popped up to clear.

Lumsden said: “We need to take it on the chin but it is frustrating not to get the ball over the line.

“The only thing missing from our game was goals but there are lots of positives to take.”

The only goal came on 11 minutes when Joe Bradley burst through the visiting midfield and slipped the ball through to Chris Duggan who ignored what looked to be valid appeals for offside to turn the ball behind Allan Fleming.

Arbroath – who had former loan striker Andy Ryan playing as a trialist – were determined to level, however, and Bobby Linn forced Muir into a fine save on 19 minutes before the home keeper also saved a Darren Ramsay free-kick soon after.

Ramsay looked to have set up an Arbroath goal on 31 minutes with a precise through ball to Linn but the reliable striker hit Muir’s legs.

Ramsay then got the better of Muir within 30 seconds of the restart, only for McGeever to complete a vital goal-line clearance.

Linn was then denied by Muir’s legs again after going through on goal and then the striker saw a net-bound shot strike the body of Gavin Mitchell.

Linn then finally squeezed an effort past Muir only for McGeever to clear once more.