On the debit side.. 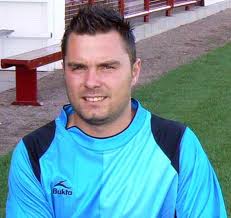 From the Sunday Mail:  DEREK HOLMES netted for both sides as Arbroath swept to the top in a six-goal epic.

But strikes from Darren Gribben and Danny Rennie spared Holmes blushes and netted the Angus side a comfortable win.

Holmes said: “There was nothing I could do about the o.g. It was a freak strike as I couldn’t get out of the way. But fair play as we showed character to bounce back.”

Ironically, Holmes had come on as sub for crocked Steven Doris after 19 minutes.

United took the lead two minutes later as Sinclair fooled everyone by feigning a cross at a touchline free-kick to curl it beyond Darren Hill.

Arbroath pushed for a leveller and John Robertson cleared a Paul Currie shot off the line before Holmes stabbed the ball in from the resulting corner. Arbroath surged ahead in 47 minutes with Kerr’s 25-yard strike.

Ayr drew level on 68 minutes as the ball cannoned off Holmes into the net. But the home side quickly restored their lead with Gribben’s clever turn and shot from 15 yards. Then Rennie hit the fourth as he squeezed a Currie corner over the line.

Arbroath player-boss Paul Sheerin said: “Our passing could be sharper and we could be more solid.”

Ayr counterpart Mark
Roberts said: “We have some big guys in defence but lost two goals from set pieces again. It was a shambles.”