No real party pooping at Cliftonhill 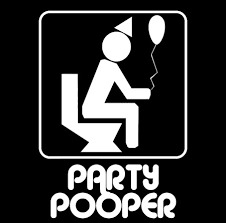 Rovers Manager Darren Young insists champions Albion Rovers showed what they are all about – by fighting back late on to get the title party started.

Supersub Ally Love earned his side a share of the spoils after Bobby Linn looked to have won it for Arbroath.

Player boss Young said: “We were disappointed to concede the goal but showed great heart and desire to get an equaliser.

“That’s what we have been about all season. We’ve worked hard and our success is well deserved.”

Rovers had waited 26 years for this – and they were determined to make the most of the occasion.

Red and yellow flags fluttered from lampposts outside the ground while bunting was draped on the main stand. Arbroath’s players formed a guard of honour before kick-off with a near-capacity crowd keen to get the shindig started in the Coatbridge sunshine.

However, it didn’t look good when Linn broke the deadlock with just four minutes left. But Love fired home in the first minute of injury time to deny Arbroath their first win in seven.

Smokies boss Todd Lumsden said: “The objective was not to lose, it’s all about the play-offs for us.”