No luck as we drop below Berwick 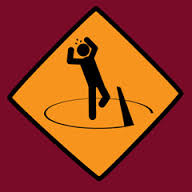 From the Berwick Rangers website
Berwick Rangers made it seven points out of nine from the three home matches rearranged to midweek dates because of postponements. This win also sees them swap places with Arbroath in the SPFL 2 table. Kevin Walker returned to the starting line-up and helped the ‘Gers make a 3rd consecutive clean sheet for the first time this season
Manager John Coughlin promised some changes from the side which started against Queen’s Park at Hampden four days earlier with Ewan McNeil, Brian Martin, Stevie Notman and Mark Walters all dropping to the bench. In Notman’s case, injury was a factor, an early knock eventually leaving him unable to complete the 0-0 draw in Glasgow.
On to the goals. The first came after only four minutes. Darren Lavery picked up on an error by Jordan Lowdon and passed inside to Sandy Cunningham. His shot came back off an Arbroath man but the ball bounced favourably for Blair Henderson to beat Allan Fleming.
Henderson struck again seven minutes into the second half. Lavery, out on the far right, could again take credit for firing the starting gun though Rangers had a bit of luck when the ball hit an Arbroath man and travelled on in the direction of Henderson. Looking much sharper than in his second half sub appearance at Hampden, he kept his nerve to go round Fleming and score.
Eight minutes later, Berwick were rewarded for persistence. Having worked his way into the box, Finn Graham appeared to be getting nowhere so Rangers moved the ball away over to the right from where Graeme Beveridge returned it on to Lavery’s head to claim number three.
There should have been a fourth. Right at the end, Lavery gained possession and seemed odds on to beat Fleming but the keeper got on the floor to push the ball away from Darren with one hand.
Fleming had used his legs to save from Lavery in the first half. Michael McKenna, following up, fired wide. Neither did Lavery have any luck when Sandy Cunningham terminated a dazzling dribble past defenders by unexpectedly passing rather than having a go for goal himself. That particular move provoked a drop in tempo by Rangers and the visitors, from whom Kevin Walker twice saved by punching away the ball, began to get a look-in during the latter part of the first half.
In between the two second half goals, an Arbroath free kick found Bobby Linn and Berwick’s keeper had to click into top gear to prevent his clever shot bending into the net. Dwayne Coultress made his return to first-team action
The possibility of a Henderson hat trick arose on 67 minutes when McKenna put him through but looking slightly off balance, Blair hit the advertising board. Sub Dwayne Coultress too, found men in space with a couple of deft passes though Berwick looked even more determined to keep a clean sheet than to add to their tally. Every outfield player was back for an 80th minute corner and it was the same again four minutes later when the Red Lichties won a free kick.
Despite the efforts of Linn and Josh Skelly in particular, Arbroath found it tough going against Berwick’s designated defence and in particular, captain Jonny Fairbairn. Evoking memories of former Aberdeen and Scotland star Willie Miller’s ‘head waiter’ act, the man from Milfield frequently stepped in at the right time with the perfect tackle to stop Arbroath’s momentum. When, with full time approaching, Ricky Little’s attempted lengthy, crossfield pass trickled out for a goal kick, it seemed to sum up Arbroath’s night, their first under the control of newly appointed manager Dick Campbell.
#Berwick Rangers: K.Walker, Beveridge, Crane, Wilson, McGregor, Fairbairn, F.Graham, Cunningham (Coultress 75), McKenna (Stevenson 71), Lavery, Henderson (McNeil 87)
Match report courtesy of Berwick Rangers Supporters Trust.