Negative Press - Arbroath in The Beano

Exhibit A comes from a Beano Annual of indeterminate vintage (1980s?, 1990s?) under the Ballboy series

The Beano is a nationwide publication though produced in Dundee - what readers outside Tayside made of this is unclear - we're stigmatised!.   Or is the saying true - there's no such thing as bad publicity?

Any other similar example of maltreatment in the media?

thanks to TL for sending this in 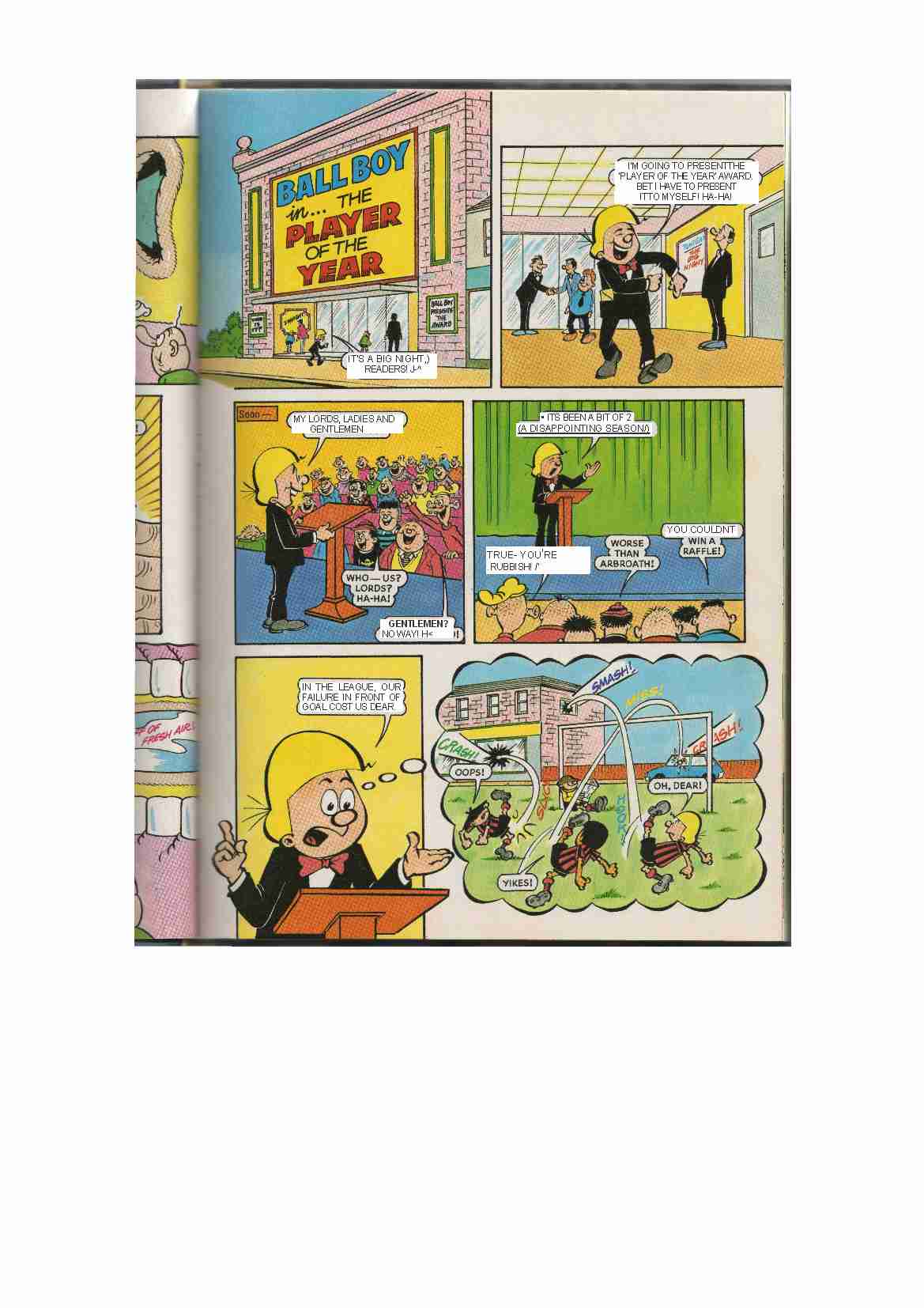