Missing out a lucrative tie through another half capitulation 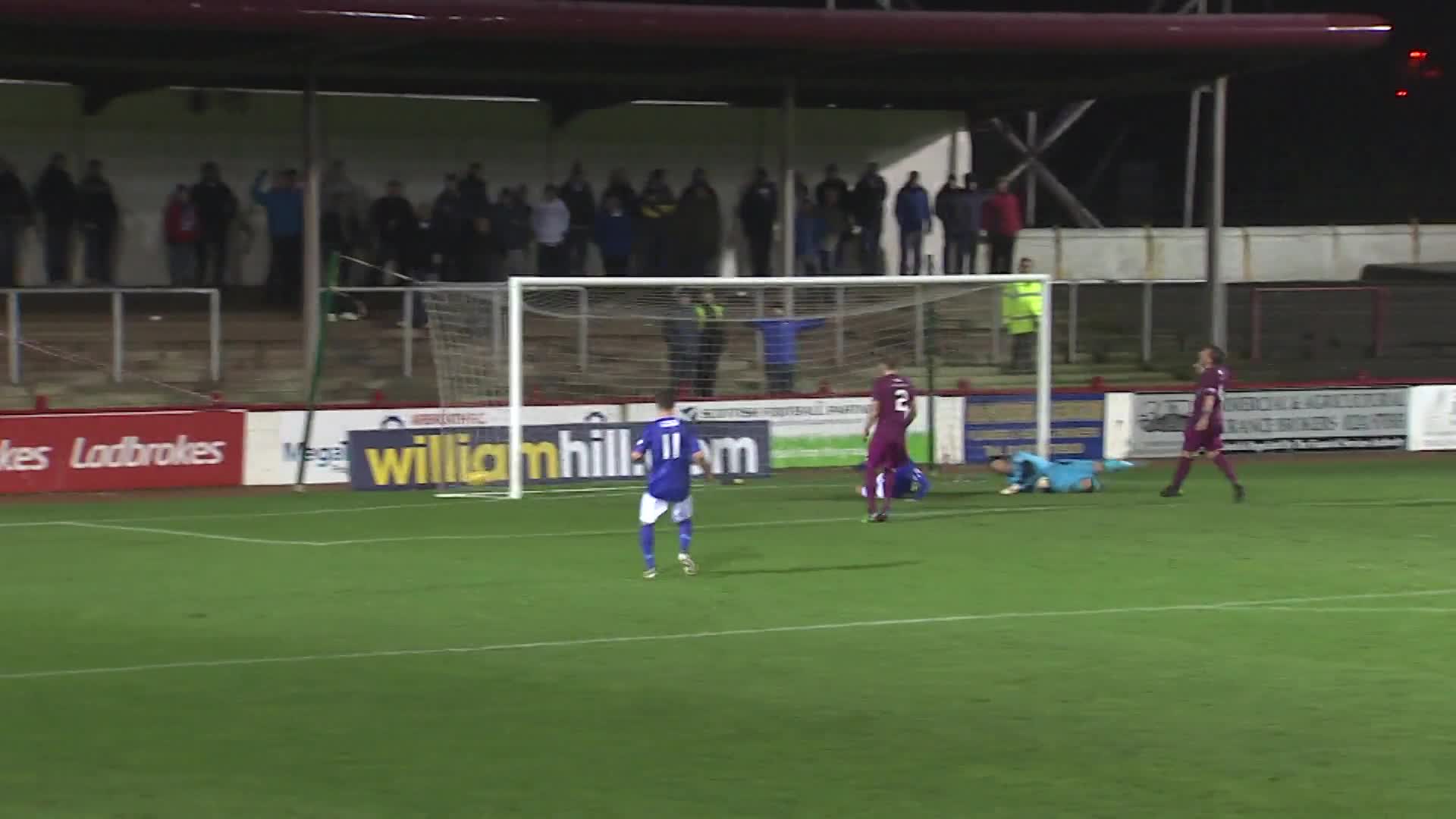 From the Dunfermline Advertiser:  William Hill Scottish Cup Third round replay Attendance-400 A FIRST-HALF deluge of goals at Gayfield on Monday night sent Cowden through to a lucrative fourth round tie with Rangers.

After racing into a four goal lead the Blues were pegged back by Arbroath in the second period but they had done more than enough in the opening 40 minutes to book the tie with the ‘Gers on January 9.

Dean Brett was a star for the Blue Brazil scoring a double and providing a number of good incisive passes that opened up the hosts on numerous occasions.

Cowdenbeath opened the game, well with a strong breeze behind them, and opened their account in just 13 minutes.

Kenny Adamson made ground and fired in a shot which deflected off a Lichties’ defender and there was Greig SPENCE lying handy to slot the ball past Allan Fleming from close in.

The Blues were dominating possession and Jamie Sneddon had little to do and number two came in 23 minutes.

CALLAGHAN got the ball on the left hand side and drove forward before hitting a 20 yard drive, which took a deflection off a defender, which deceived Fleming.

Arbroath were at sixes and sevens at the back, despite Cowden losing Kyle Miller, who was replaced by Declan Hughes, and a third had to come. It did in 37 minutes when BRETT latched onto a loose ball 10 yards out to slot it wide of the ‘keeper. Then three minutes later number four came when Gordon Smith was upended at the top of the penalty box and BRETT expertly converted from the spot.

However, the hosts pulled one back just before the break when Bobby LINN hit a fierce 25 yarder which gave Sneddon no chance.

It gave the Lichties some hope and they came out for the second period with some determination and in 52 minutes LINN struck again with a half-volley and Cowden fans started to wonder if their favourites were going to let the home side back into the game.

A David Gold header went just wide before Linn hit a post with a fierce shot, but Cowdenbeath closed ranks and some good defending as a team ensured their place in round four and a much needed cash boost.