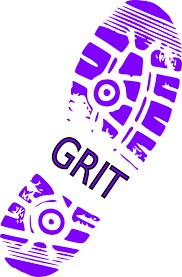 From the Arbroath Herald:  Todd Lumsden was thrilled to see his side negotiate the potential banana skin of Brora Rangers in the Scottish Cup last weekend.

Martin Grehan and Darren Ramsay got the goals to see off the Dudgeon Park outfit and Todd has now set his players the challenge of getting the team up the table with a win over Elgin City on Saturday.

Todd said: “It was a potential banana skin. I spoke to the boys in the week that the expectation was that we’d win. The fact that we did win was pleasing. First half the performance was disappointing but it was a tremendous result.

“First half against the wind they did well, they kept us in and stopped us getting up the park.

“The one time we got up the park we got a corner then a penalty, so at half-time we said that if we got the ball moving and up the park we’d create chances. They scored a really good goal, the boy volleyed from about 25 yards over the keeper but the build-up to that we really could have done better with.

“But to score again quickly after that showed great character, we could have let it affect us but we didn’t. Then we went back in front and in control.

“Kieran came off with a knock last week so we were thinking about that but also looking to get forward, we brought Gold on because he came on against Montrose he did very well going forward. It’s a different player and he did well when he came on.

“I think it’s a good opportunity to overturn the Gayfield game. Even at 10 men we held our own but ended up shooting ourselves in the foot. The objective obviously is to go and get three points.

“This is the first time we could really jump up the table with the right results. It’s the challenge to the players to move up a few spaces in the league, depending on how games go. So this is now the most important game of the season and we need to take some points from this, hopefully all three.

“The players and staff aren’t getting caught up in the league position because of the type of league that it is. If we go upto Elgin and only take a point then so be it, the season isn’t going to be defined by what happens on Saturday.”