Looking for a positive start 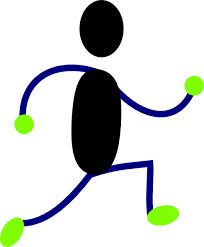 From the Arbroath Herald Club captain Mark Whatley is hoping for a winning start to the League Two campaign next Saturday at home to Elgin City.

The Arbroath midfielder believes securing three points in the league opener will be the ideal set-up for a repeat of last year’s blistering start to the campaign.

And Whatley, who was in the dugout alongside goalkeeping coach Mike Williamson for the 4-1 loss to Dunfermline in the absence of Todd Lumsden and Steven Hislop, said there are plenty of positives to take out of that disappointing loss to the Pars.

The skipper said: “We’re hoping for a winning start to the league. You saw last year that we got off to a good start and we want to do the same this year.

“You want a winning start, every game in this league is tight but every game is also winnable.

“There are lots of teams who, on their day, can pick up three points. You’ve got Clyde who have signed a few players, Stirling Albion have dropped down, East Fife are always there as well as Queen’s Park. So there are lots of teams aiming for promotion and that’s obviously our aim as well. Hopefully we can work hard and earn promotion this year.

“Dunfermline were on their game and they played really well, particularly going forward - they looked really sharp. For us the disappointing thing was that we didn’t turn up in the first half. I thought we could have given a better account of ourselves in terms of making it harder for them to get through us, and having composure and belief on the ball.

“We turned it on to a better performance in the second half, it was improved - we held onto the ball, we made it harder and limited their chances.”