The head-to head record of Arbroath-Rangers games reveals a fairly one-sided story but far from a whitewash.(http://www.soccerbase.com/teams/head_to_head.sd?team_id=129&team2_id=2104

Out of 37 games played in total, we've won 2 and drawn 5 with Govan's finest winning the other 28.

We've played them 11 times in the cup - the first of all being a famous 4-3 victory back in 1884 before a very dubious decision was made to compel a replay on the basis that (old) Gayfield's pitch dimensions were not quite up to scrach (Brechin are you listening?).  We lost the replay the next week 1-8.  Maybe that makes us one of the first victims of the inherent official bias towards the Old Firm - whatever their respective paranoia suggests.

Here's some press coverage from the Scotsman of our last but one home Scottish cuptie against Rangers - back in 1993. 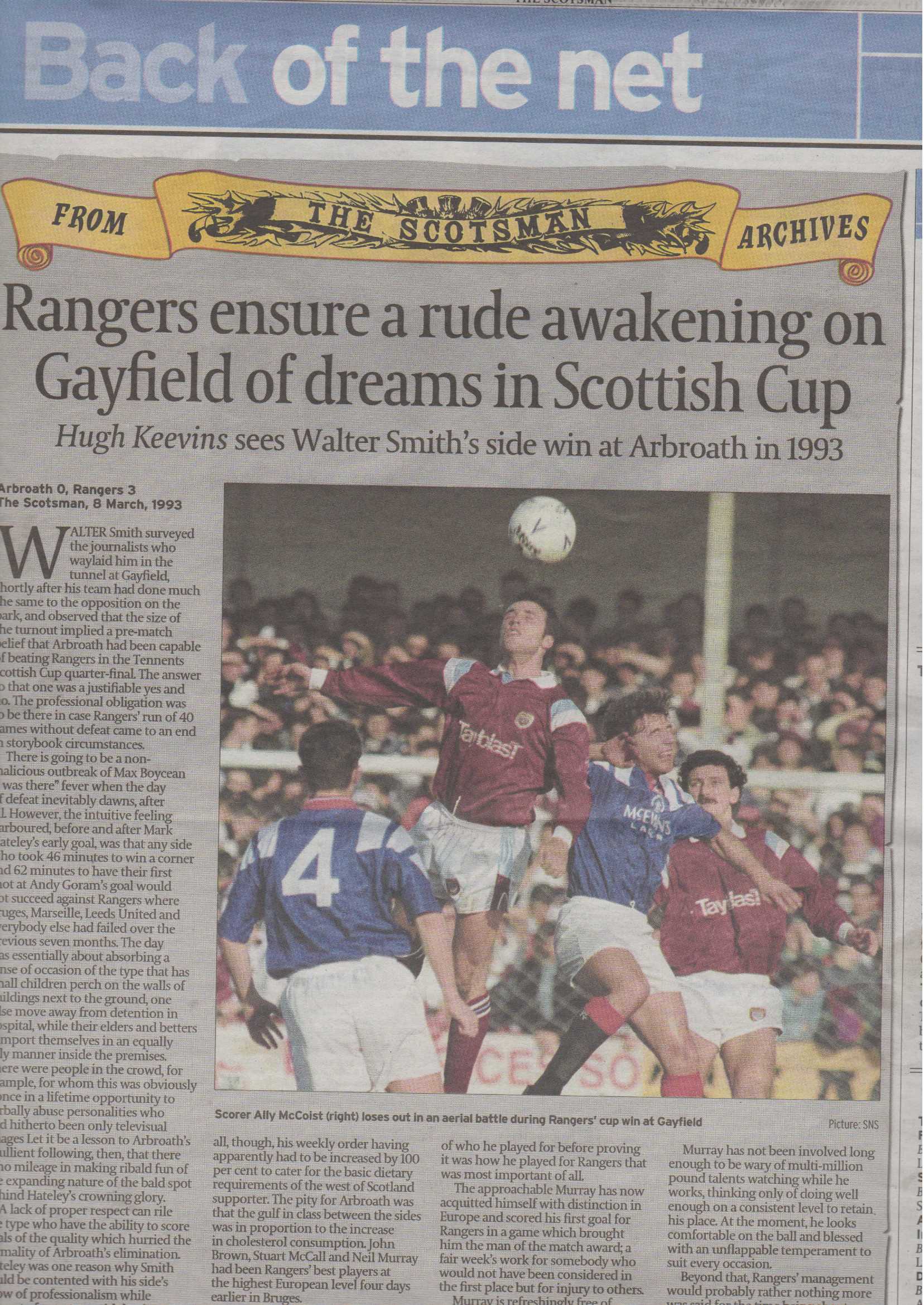