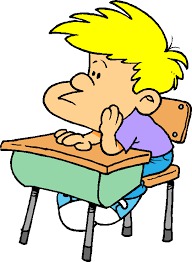 Up front:  Saturday's team against East Fife struggled, especially after Rutherford up front went off injured. Hester did Ok but was never the same presence nor could do much with the high balls pumped forward.   Maybe he, and Skelly, need the Rutherford type to play off,   With Grehan gone, not sure how we address that if Rutherford is out for a while

Young Ramsay showed some bright touches but seem to run out of ideas and some Lichtie fans were slagging him off by the end, most unfair and counter-productive

Midfield:  With Whatley putting in his poorest shift for some time, we also could not get to grips in midfield and the younger players drafted in Henry and Reid, while showing occasional.   Sergio never got into the game and Stewart, who can do this role, was maybe a bit short of gametime

Defence:  It's unfortunate both our quality leftbacks are out injured so Shaun Rutherford, without much support from midfield, was left a bit exposed and some inexperience showed.  I thought Wilson had an OK game, providing a good attacking option also.

In a tight league, top and bottom, getting things wrong and a run of bad luck with injuries could put us in trouble again.   Getting it right could still see us challenging for playoffs