Learning to be cautious

Arbroath boss Paul Sheerin claimed his side must learn to be "a bit more cautious" after he watched a lead squandered against Queen's Park at Gayfield.

The Lichties dominated the majority of the game but two defensive errors let their visitors in, to take a share of the points in a 2-2 draw.

The home side had one hand on the division three trophy midway through the second half, while leading Queen's 2-1 with division three chasers Stranraer, Albion Rovers and Annan Athletic all down in their respective ties.

But the fates conspired to deny them on both fronts to set up a mouthwatering clash this Saturday, when Sheerin's men could potentially win the title if they overcome bitter rivals Montrose in the local derby.

He said, "It was always going to be a big ask to win it today, because we needed three teams all to get beaten and I thought that was a bit too much to ask.

"I thought Queen's two best chances fell to them in the first half and in the second I thought we were reasonably comfortable. 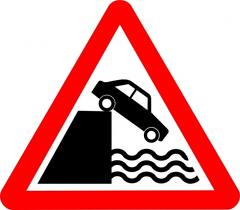 "We had plenty of crosses into the box but just a lack of people getting on the end of them."Sheerin added, "But we are still not learning and are far too open at times.

"It is incredible because at 2-1, three points would have been a massive step towards winning a league title, but we still have boys desperate to make it three-one rather than just being a bit more cautious.  "But effort has never been an issue and the boys give it their all week-in week-out."