Frustration at taking nothing from thriller 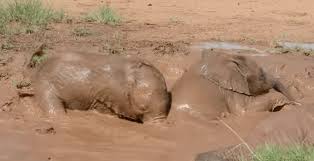 The Courier:  Arbroath manger Todd Lumsden was frustrated his side failed to take anything from a pulsating five-goal thriller against Elgin at Gayfield on Saturday, despite the treacherous, wet and muddy conditions.

The Lichties gave as good as they got throughout and can consider themselves unfortunate to have come away empty-handed from their clash with the league leaders.

Dylan Easton proved to be the thorn in Arbroath’s flesh as the former St Johnstone man put on a virtuoso man-of-the match performance and was involved in all Elgin’s goals.

His pass into the box after 27 minutes found Conor McLaren, who slammed the ball beyond Allan Fleming to put the visitors ahead.

The Lichties were back on level terms three minutes later however, Greg Rutherford blasting home from close range after Mark Hurst failed to hold a Bobby Linn shot.

Arbroath went ahead just two minutes after the interval when Rutherford turned his marker and broke clear on the right before crossing perfectly for Darren Ramsay to guide the ball home.

But Easton was at the centre of the action again five minutes later when his darting run into the box ended in a trip by Ricky Little.

Referee Grant Irvine initially awarded a free-kick outside the box but after consulting his assistant, pointed to the spot and Craig Gunn confidently dispatched the penalty to grab his 15th league goal of the season.

The winner came in the 77th minute and it was one of sublime quality. Easton perfectly cushioned the ball on his chest before volleying into the net from 10 yards to claim his first goal since joining Elgin in October.

Lumsden said: “There’s no reason why we couldn’t have taken all three points. I think we deserved at least one.”