Flyer released - end of an era 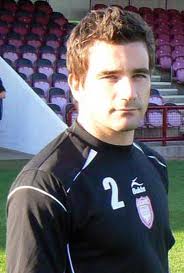 It was a major shock and a sense of loss to hear that fan's favourite Flyer, Kevin McMullen has been released after taking part in the title winning team - he appeared 27 times this season

Flyer, from Kirkcaldy, was the product of our youth development system.  He spent some time (farmed out?) with Newburgh Juniors but has put in 120% service throughout his time with Arbroath.   I vaguel recall a young Flyer up against a wily Owen Coyle at Falkirk - was that a dream?  He's played in both fullback positions for us and also in midfield

His determination and attitude were incomparable.  he was hated by opposing fans - always a good sign, and probably picked up more than his deserved share of cautions.  But he was fearless and would never be beaten easily.

One of the great sights at Gayfield was seeing flyer on the rampage forward, these mazy runs past unsuspecting defenders,  He scored some memorable goals - I recall a magnificent 30 metre effort against Airdrie. 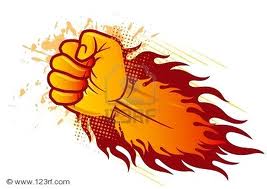 Times change and, while he was a real asset this season, last season was substandard by his own standards and it may be that it is time for a change.  This should apply across the entire defence whoich has been shaky all season

Flyer will be a huge asset to any club he joins.  My worry is it may e a future opponent.  I know he'll be one of the very few players from the opposition we'll applaud.   Take a bow Flyer from a grateful bunch of fans and we wish you all the best in your next step