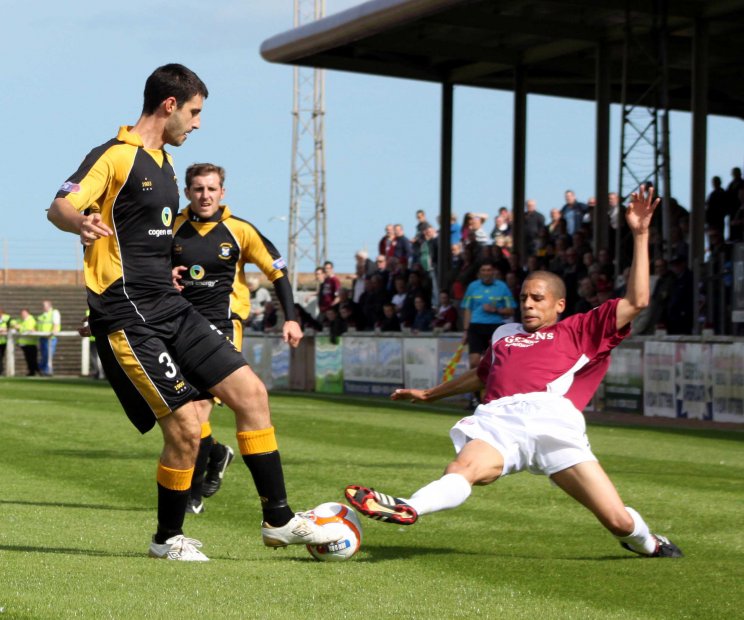 Decent report on the EFFC official site (by Alan Henderson)ttp://eastfifefc.info/match/match-reports

East Fife put in a disjointed performance at Gayfield, allowing the home side a thoroughly merited victory. It was clear that the number of absentees had an impact on the team, as did apparent niggling injuries to some of those on the park; but it was also evident that Arbroath bossed the midfield and never allowed the Fifers to settle into a pattern.

... and superb photos (mainly of our defence) by Jim Corstorphine at

... including Gordon Durie - 45 years and stripped for action. He last appeared in a senior game - for Hearts - a decade ago.