East Coast - where the cup action is 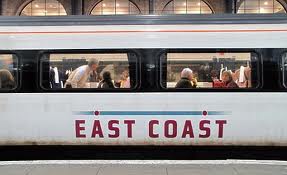 from The Scotsman :  WHILE not meaning, of course, to deflect attention from an attractive set of Scottish league fixtures today, one of the most exciting things about a new year is that it means a Scottish Cup weekend is not far down the line.

Maybe it’s a consequence of the over-familiarity stemming from the fixture-list structure in the SPL, but the prospect of teams playing at grounds they rarely visit really does merit delicious anticipation. And, However, it will have to be viewed with trepidation by some. Hibernian fans will dread yet another Scottish Cup campaign coming to grief, this time at a cemetery of hope in Cowdenbeath they call Central Park. Brechin City will hope to display the same fortitude exhibited when playing St Johnstone in one of the ties of the last Scottish Cup campaign, though, sadly, a muddy Glebe Park is not hosting their clash against the same opponents this time around.

Both sides of the Old Firm have been posted to what are, for them, far-flung destinations. Supporters’ buses will be queuing to enter lay-bys all the way up the A90 for the traditional, erm, relief stops. Celtic travel to the Blue Toon of Peterhead for the first time while, earlier on the same day, Rangers are due at Arbroath, North Sea swell permitting.

Aberdeen, meanwhile, head down the road to Forfar Athletic, where the combined age of the managers and assistant managers in the dug-out will work out as something like 250. At least two of them will be wearing bunnets. The bridie stalls will be well-stocked and the loamy Angus countryside will act as a backdrop to what many fancy could be a shock.