Doris returns for the 4th time 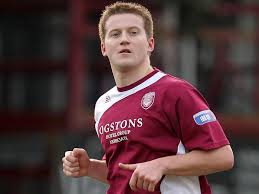 From the Arbroath Herald:  The Return of Steven Doris

The 27-year-old becomes Dick Campbell’s first signing at the club as the manager looks to build a squad to challenge for the League Two title next season.

Doris arrives at Gayfield for his fourth spell with the Lichties.

Steven has also turned out for St Johnstone, Montrose, Dundee and most recently Stirling Albion, but it is with Arbroath that he has enjoyed by far the most success.

Campbell was thrilled to secure the signature of a player he has long admired.

He said: “He’s a big player and I’ve been an admirer of him for a while.

“I’m really looking forward to working with him.”