Dodgy defence needs to help out? 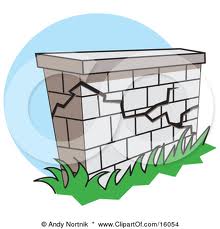 This year's campaign is continuing where last year's left off - scoring a pile of goals but also letting in by the barrowload.  Normally you'd expect a manager to be delighted with a hard-fought away win but Paul Sheerin's comments in the Sunday Mail highlight the main concern, and maybe tactical dilemma

Sunday Mail   ARBROATH player-manager Paul Sheerin has warned his dodgy defence they must start helping out his free-scoring forwards.

But Sheerin insists his leaky backline have to tighten up. He said: "To keep conceding as many goals as we do is ridiculous. We can't keep asking the boys up front to score four goals."

Bryan Prunty put Dumbarton ahead early on before the Red Lichties equalised through Lee Sibanda's curling effort.  Sons midfielder Mark Gilhaney put the home side back in front after poor defending by Arbroath.  But Gavin Swankie's fierce shot squared the match.

Just before the break Kevin Nicoll's header restored Dumbarton's lead However, Arbroath levelled again with Swankie getting on the end of a Josh Falkingham cross.