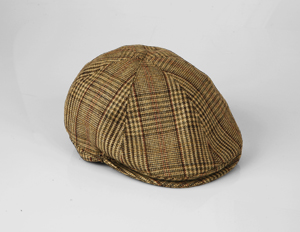 CAMPBELL was furious at his side for giving away possession in the final stages of the games.

DICK CAMPBELL blasted his Forfar players after they lost an injury-time goal to give Arbroath a share of the points.

The nearest effort in the first 45 minutes was a shot from Station Park midfielder Willie Robertson which flew inches past the post.

But the Loons dominated the second-half and on-loan Dundee United midfielder Dale Hilson looked to have grabbed the winner when he fired home from outside the box in 74 minutes.

Arbroath didn’t give up though and scored a dramatic stoppage-time leveller when Derek Holmes converted a great Steven Doris cross to rescue a point for his side.

The Forfar boss fumed: “We gave the ball away at least three times in the last stages of the game when we really should have been keeping possession.

“I was unhappy with the way we performed in the first half but we were by far the better team after the break and I’m just disappointed at the manner in which we lost the goal.”

He admitted: “We didn’t carry a threat at all in the second half and gave up possession easily.

“But I couldn’t fault the lads’ character. We got away with one today, that’s for sure.”