Congratulations to another Arbroath team 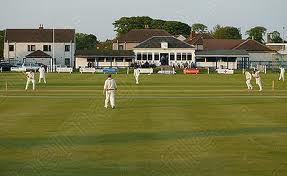 ARBROATH United have now set the standard for next season after finishing as runners-up in the national Premier League, according to captain Fraser Burnett,

The club, in their first season back in the top flight, ended their campaign on a high after overcoming both Forfarshire and champions Carlton in the final weekend of fixtures.

And due to the fact the majority of the players have come through the youth system at the club, Fraser says everybody should be proud