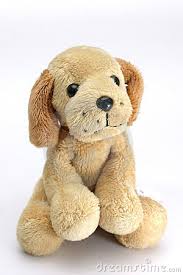 from the Arbroath Herald:

You get the impression Dick Campbell cannot wait for the end of this season so he can begin building his Arbroath team for the next campaign.

Another defeat - this time a late collapse at home to Berwick Rangers - means it’s just two wins out of seven since the former Forfar Athletic boss replaced Todd Lumsden.

Campbell seethed at the 2-1 loss to the Wee Gers but said it’s just typical of what the side have been doing all season, hence their position in League Two.

He also lamented a softness in the team that he needs to remove quickly.

“To be winning so comfortably at 1-0, it could have been six or seven, then to lose two goals in the last eight minutes is just typical of what we’ve been doing.

“I’ve got to get rid of that mentality. There’s a softness there and the biggest softness is the lack of players.

“I’ve said a hundred times, my biggest tool is the power of selection and I don’t have that, so I’ve got to use them again this weekend.

“I’m extremely unhappy but we’ve got two Saturdays to go. I’m already actively involved in recruiting for the new season.”

Dundee loanee Josh Skelly was unavailable on Saturday after confusion over regulations but Dick confirmed the young forward will be involved this weekend in Saturday’s final derby of the season with Montrose at Gayfield.

The manager added: “We couldn’t play Skelly because Dundee played him on Friday, and you need 48 hours between games.

“Dundee didn’t know it and neither did I. We’ll see what’s in front of us this week but Skelly is definitely back.”