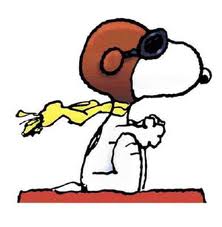 from the Sunday Mail:   BOSS Dick Campbell was happy to see 10-man Forfar knock Arbroath off the top - but was seething at ref Des Roache.

The odds were stacked against the Station Park outfit after Michael Bolochowecky received his second yellow card for an innocuous foul on Gavin Swankie in 34 minutes.

His first caution also looked harsh and Campbell said: “The ref could have lost control. He was too early with his bookings.”

Gayfield boss Paul Sheerin said: “If you had offered me a point at 12 o’clock I probably would have taken it but given we were up against 10 men for so long I am not feeling that at the moment.”

Arbroath took the lead in eight minutes when a reverse pass by Josh Falkingham found Lee Sibanda who slotted the ball home.

Forfar looked fired up by the sending-off and 10 minutes after the break Jordan Brown missed a sitter when he latched on to a poor passback and rounded the keeper but knocked the ball wide.

With seven minutes left they levelled when Joe Shaughnessy bulleted home a header.