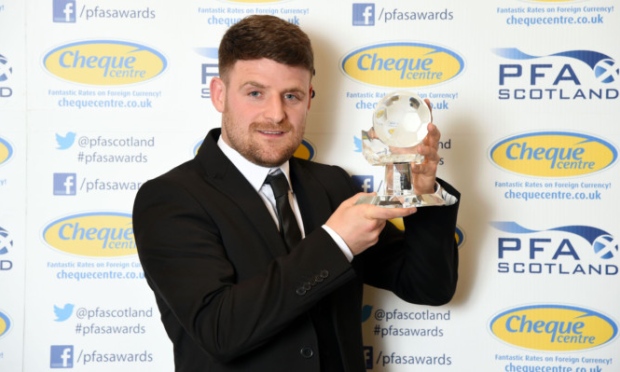 From the Evening Telegraph@  Arbroath striker Bobby Linn has won the PFA Scotland League 2 Player of the Year award.

The 29-year-old accepted the award at a ceremony at the Hilton in Glasgow tonight.

Celtic midfielder Stefan Johansen, beat Dundee’s Greg Stewart to win the main award of the night and was crowned the PFA Scotland player of the year.

John Hughes won the manager of the year award after leading Inverness to the William Hill Scottish Cup final and a probable top-three place in the Scottish Premiership.