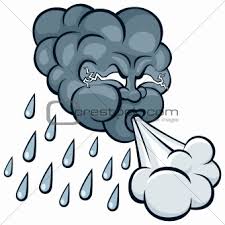 Courier:   Arbroath boss Todd Lumsden reckons that neither he or his Cowdenbeath counterpart Colin Nish learned anything during Saturday’s Scottish Cup replay.

They meet again tonight after the wind caused the weekend’s meeting to be abandoned after 24 minutes, with the winners earning a trip to Ibrox to face Rangers.

Lumsden has some sympathy for referee Craig Charleston as he explained: “I arrived at 12.30pm and everything was fine.

“If an inspection had been carried out then or any time over the next couple of hours there would not have been a problem.

“However, the wind got up just before the kick-off and the game became a lottery.

“I learnt nothing about Cowdenbeath as the wind forced a lot of balls towards our goal during most of the time that was played.

“We created one chance through Greg Rutherford and Allan Fleming made a good save from a Cowdenbeath chance before the referee came over and said that things were in doubt.”

“Some of the players were complaining about the conditions to him and the straw that broke the camel’s back was a kick out from Allan that just went into the air and blew back the way.”

The Lichties boss is hoping to go with the same squad again, though the impact of the Forth Road Bridge closure saw some of Lumsden’s squad have to be creative in their travel arrangements.

The Gayfield boss said: “My assistant manager Steven Hyslop and some of the squad are Edinburgh-based.

“Rather than risk being late on Saturday due to traffic they travelled across the Forth by rail and other players picked them up in Fife.

“Hopefully they can make suitable arrangements to get here on a Monday night.”

Lichties playmaker Bobby Linn is confident the Angus side can get a positive result.

“I just hope the wind isn’t a problem again because we feel we can get a result,” said the former Dundee and East Fife player.

“Cowdenbeath will feel the same way and there’s a bit of added spice because the winners can look forward to a trip to Ibrox.”

Blue Brazil boss Nish reckoned that he never picked up anything during Saturday’s game as he was too concerned about what his team would have to do in the second half to defend against the wind.

Nish explained: “I spent 24 minutes hoping we would get goals as well as worrying about how we could defend them against the wind.

“It was a bizarre day and I must admit I was surprised the game went ahead.”

Lichties trio Craig Johnstone, Kieran Stewart and Sergio Alvarez all miss out tonight through injury while Lewis Milne is a definite Cowden absentee due to a knee injury