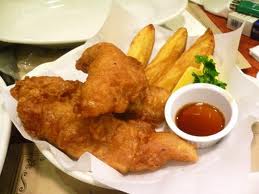 from the P&J: Arbroath soak up Hampden pressure

THIRD Division leaders Arbroath were happy with a Hampden point after weathering a fine Spiders comeback.

The Red Lichties looked to be on course for a productive afternoon at the national stadium when Stuart Malcolm gave them an early lead.

But Queens went on to dominate for long spells and thoroughly merited their draw, secured through Martin McBride’s penalty.

Gayfield manager Paul Sheerin said: “It was definitely a point gained as we were second to most things throughout the first half.

“We took a battering and if we had still been ahead at half time Queen’s Park would have been right in thinking it was a travesty.”

It started well for the Red Lichties when Gavin Swankie sent a fourth-minute free kick curling into the box and the merest of touches from captain Stuart Malcolm was enough to deflect it into the net.

Queen’s took the setback on the chin and almost hit back when Ian Watt skipped past Craig Wedderburn and Malcolm and drew Darren Hill from his goal only to shoot inches wide.

Michael Daly then headed into Hill’s arms when it looked easier to score and shortly afterwards Ricky Little twice went close after a scramble in the visitors’ box.

But the pressure finally paid off just before half-time when winger David Murray hared into the box and Malcolm sent him tumbling. It was a clear penalty and McBride produced a clinical finish 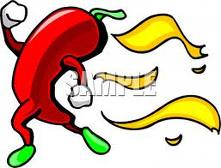 Arbroath improved on the restart but had to soak up a lot of pressure to hold on to the point.

FRUSTRATED Queen's Park boss Gardner Speirs admits his side should have made it five wins in a row after giving title-chasing Arbroath a Hampden mauling.

Stuart Malcolm gave the away side an early lead but the Spiders then dominated with Martin McBride netting a penalty on half-time before substitute Jamie Longworth was denied a late winner when his shot crashed off the bar.

And Speirs said: "It is a point gained I suppose but if we had taken half the chances we had made in the first half we would have won the game comfortably."

Arbroath caught the home side cold and Malcolm applied the slightest of touches to a Gavin Swankie free-kick to net in four minutes.

But the Spiders soon got into their stride withIanWattshootingincheswide,Michael Daly heading straight at Darren Hill while Ricky Little twice went close before the pressure finally paid off in 45 minutes.

Malcolm was the fall guy for his side as he sent David Murray crashing to the ground and McBride thumped in the penalty.

The Spiders continued to create chances after the break and nearly won it in 83 minutes when Longworth hit the woodwork. Arbroath boss Paul Sheerin said: "We made a good start but got a bit of a battering after that."