Arbroath had a go 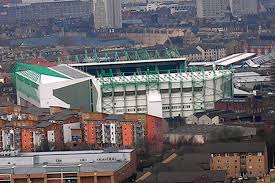 From Sunday Mail, and Scotland on Sunday Hibernian 3 Arbroath 1: Hibees come back from a goal down to brush aside brave Red Lichties

EASTER ROAD side too strong for League Two leaders as second-half goals salvo sends Alan Stubbs side through to the Scottish Cup quarters.

IT JUST wouldn’t be Hibs and the Scottish Cup without a generous helping of drama and angst and, until the cusp of half-time yesterday, the long-suffering fans of the Easter Road club were once again being led plodding down this familiar path.

Arbroath had taken the lead through Keiran Stewart after 17 minutes and few could have grudged them a celebratory cuppa in the dressing room at the interval.

Franck Dja Djedje’s equaliser on the 43rd minute decisively turned the tie, however, and gave Hibs the platform to finish the job in the second half through an own goal from the unfortunate Liam Gordon and a fine finish from substitute Dylan McGeough.

The quarter-finals beckon and the soap opera-like script of Hibs’ quest to recapture the famous old trophy after 113 years flips over to another chapter.

“You’ve got to give credit to Arbroath”, acknowledged the contented Hibs manager Alan Stubbs afterwards. “They tried to have a good go at us – they had two up front and matched us up with the diamond. On the break they were a threat, but I felt as though we just had to make sure we didn’t panic and keep trusting ourselves to do the right thing more often than not. I think eventually that paid off for us. We scored at an important time right before half time which settled everybody down”.

For the first 45 minutes Arbroath were more than impressive – they were terrifically compact, organised and doggedly competitive. Smothering much of the threat that Hibs tried to launch from the midfield, they pushed forward when they could with composure and menace.

They had the home support reaching for the indigestion tablets following Stewart’s sublimely executed finish after being set up by Dylan Carreiro’s careful lay off. It was a tight angle on the edge of the six-yard box but the midfielder fairly lashed it home.

It could have been a lot, lot worse for the Easter Road men. A 35-yard free kick from the Arbroath captain Adam Hunter took a devilish deflection en route to Mark Oxley’s goal and just cleared the crossbar with players from both sides looking on agape. A near perfect half for the underdogs was spoilt when a driving run from David Gray saw the ball pulled back from the goal line and a grateful Dja Djedje stroked the ball beyond Mark McCallum. To be fair, even though Hibs, not for the first time on home soil, were not firing on all cylinders they had been knocking on the door as the interval loomed with Dja Djedje having a tap in chalked off for what seemed a soft challenge on McCallum and Scott Allan saw a decent effort clatter off a post. Psychologically though, as Stubbs alluded, his men could hardly have landed a harder and better timed blow on their opponents.

His opposite number Allan Moore concurred. “It was a sucker punch,” he reflected. “It was the only time in the first half we were out of shape. The boys were obviously disappointed going in 1-1 at half time.”

Whilst there was no lack of spirit and endeavour from the Angus side as the second half got underway they probably felt that fate had begun to conspire against them. This was more or less confirmed when Jason Cummings smacked in a close-range shot that took a wild detour via the shin of Gordon and ended up in the net, to put Hibs ahead.

Paul McManus and Simon Murray continued to put in a shift for the visitors up front with the latter showing some of the drive and sharpness which has seen Dundee United take him on their books and then loan him back to the Gayfield side.

One angled effort from the youngster stung Oxley’s hands as the Angus men searched for an equaliser.

However, their resistance was broken shortly afterwards when McGeouch drove into the box and tucked the ball beyond McCallum.

Cummings could have given the scoreline a harsh complexion if he had taken one of a trio of chances that came his way later on but the finishing touch eluded him as the game entered its closing stages.