Annan win a monkey off our backs 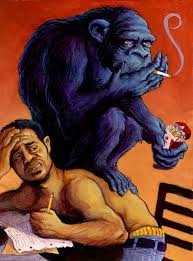 From the Arbroath Herald: Bobby Linn says Annan win is a monkey off their backs

Bobby Linn was delighted to see Arbroath see off Annan Athletic as it proves the Gayfield side can defeat the league’s top teams.

Craig Watson and Linn got the goals as a dominant Lichties outfit ran out 2-1 victors over the title-chasing Galabankies, who pulled a consolation goal back through Peter Weatherson’s late penalty kick.

The scoreline undoubtedly flattered the visitors to Angus as Arbroath put in what Bobby said was perhaps their best display of the campaign.

For Linn, who recently signed a new contract with Todd Lumsden’s side, the team’s upturn in form - a narrow loss to Elgin City aside - is down to continued hard work on the training ground and the addition of some exciting attacking talent like Josh Skelly, pictured.

Bobby said: “The game we played down there and drew 2-2, it’s probably the best we’ve played outwith Saturday as a team and we came away with a draw. It was in amongst the kind of time we were struggling.

“But on Saturday, we’d played Elgin the week before and lost so we needed to pick ourselves up for the game playing Annan which was another massive game for us.

“Beating them was a massive thing off our backs because we know we can go and beat these teams at the top of the league, especially at home, and push up the table.

“We’ve been working hard and showing a lot of determination in training. We’ve not really been far away in games in terms of performance.

“But we’re starting to go in front in games and when teams do that in this league, they rarely lose.

“We’ve brought in some more attacking options which you can see are benefitting the team and we’re playing some exciting football.

“For the likes of Watson, Ramsay and Skelly to sign on is massive for us. Watson and Ramsay have done excellently and Josh looks great so far.”