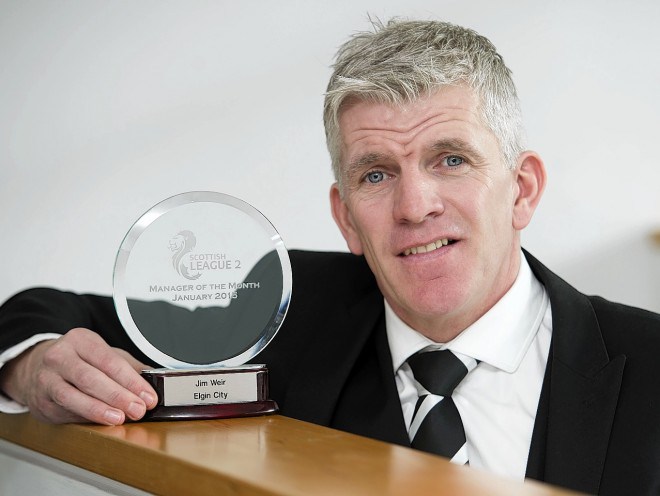 Elgin City manager Jim Weir has been named as the Scottish Professional Football League manager of the month for League Two.

Weir's side were unbeaten in their three league games in January.

Away victories over Annan Athletic and Berwick Rangers and a draw at Hampden against Queen's Park moved Elgin up the table.

And, after beating Albion Rovers on Saturday, the Borough Briggs side are seventh in the table.