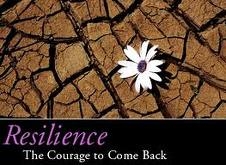 SUBSTITUTE Steven Doris headed home a late equaliser to salvage a point for Arbroath at windswept Gayfield on Saturday.

The midfielder still isn’t fully match fit after knee surgery at the end of last season, but he showed during the 30 minutes he played after replacing David Dimilta he will be an important factor in the Red Lichties’ drive for promotion from Division 3 this season.

Robert Love had fired Rovers into a 69th-minute lead and the Coatbridge men seemed to be heading for a fourth straight league win before Doris popped up to nod home a leveller with just 12 minutes to go.

The Arbroath player had two more chances to claim victory for the home side in the closing stages, but he mistimed one while the other was saved by Derek Gaston.

Doris said: “I am just glad to be back after four months out following surgery on my knee. Getting the goal has given me a lift although I might have had another, but I snatched at it.

“I’m not quite sharp yet. I got 45 minutes last weekend and another half hour today but I need a few more games to get fully match fit. I think a few friendlies are being arranged to give me games, so that will help.”

Red Lichties player-manager Paul Sheerin was delighted to see Doris back in action.

He said: “It’s great to have him back. Having him available again is like having a new signing. He took the goal well. He gets himself forward and he’s a threat, but he just needs more time on the park to get fully fit.”

Rovers manager Paul Martin was disappointed his side let all three points slip from its grasp. He said: “At 1-0 I didn’t think we were in any danger of not taking all three points. But we lost a late goal once again.”

ARBROATH manager Paul Sheerin is looking for more resilience from his players after recent reverses.

Sheerin has been disappointed with defeat especially Berwick and wants to see an improvement.

He said: “It looks as if when we concede one goal, it is only a matter of 10 minutes before we have conceded another one or two.

“I'm struggling with the positives from the Berwick game but this is all a learning curve for me and the players and it is a fact you actually learn more when you lose.