A draw would have been fairer

Arbroath’s player-manager, Paul Sheerin, said a draw would have been a fairer result, but such sportsmanship is easier after a victory that takes his side to second place.  from the Sunday Herald

Sheerin, who brought himself on as a second half substitute, played a key role in the winning goal by flighting a free-kick high into the Queen’s Park box for Gavin Swankie to bullet a header beyond the reach of the goalkeeper, Adam Strain.

It was no less than Swankie deserved after his 25 yard free-kick hit the back of the net minutes earlier, only for referee Craig Charleston to rule it out because another Arbroath player was deemed to be interfering with play in an offside position. 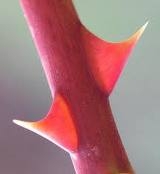 Swankie was a thorn in Queen’s Park flesh all afternoon and could have put his side in front after only five minutes with another free-kick which sailed narrowly over the bar.

David Dimilta might also have got on the scoresheet with a darting run which took him though the visitors’ defence, but Strain pushed the ball away.

Queen’s Park had their chances, however, particularly in the first half, when Paul Harkins, Michael Daly and Martin McBride all came close. They also had a penalty claim turned down after Kevin McMullen appeared to block an Ian Watt shot with a hand.

Sheerin was happy at a second shut-out after leaking eight goals in the opening three games of the season.

He said: “It’s pleasing to keep another clean sheet, but I thought a draw was probably a fairer result over the piece.

“Swankie did well. We know what he’s capable of and with all due respect to Arbroath, he probably shouldn’t be here. He should be playing at a higher level but we’re glad to have him.”

The Queen’s Park manager, Gardner Spiers, was disappointed not to take anything from a close game.

He said: “We didn’t take our chances, more so in the first half, and that cost us.”