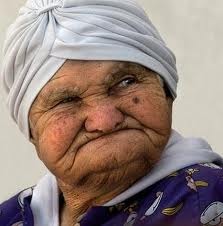 The SFL fixture planner has really put Arbroath up against it in fixture planning for the upcoming Division 2 2012-13 season.  Here's why

1. A good start can often set the tone for the entire season - we've 3 tough aways out of the first 4 away. Uphill struggle thereafter

2. A decent number of home fixtures early doors usually guarantees higher crowds enjoying better weather and while hopes remain high - we face only 4 games in the first 100 days.  That is - until mid-November

3. Our extra home games come along in midwinter - liable to postponment and also poor crowds (since there no derbies then) so this does NOT redress the balance. Playing 5 of the last 8 at home may be too late

4. The traditional Home-Away-Home pattern which helps all fans plan and get into a routine only occurs mainly for the last 7 games, plus a few from january.   On 8 other occasions (ie almost half of all fixtures), you have either two aways or two homes in succession

I conclude they're out to get us.

If the League Cup draw also doesn't involve a home tie and we depart the Ramsdens Cup, football at Gayfield will be a rare event until the depths of winter